Today I returned to one of my favorite places to drive through and after today has become my new favorite place to run.  I talked about it when I was “looking for inspiration” last year.  It’s the old military base named Devens near my home.  I knew this was where I wanted to take my long saturday run.  Last time I tried to do a long run at Devens I had some angry bowel issues (I know TMI) so I had to cut the run short.  But I’m glad to return.  It was lightly raining the whole time and the temp was fluctuating between high 30’s and 40’s with lots of fog due to the snow on the ground getting wet from the warmer rain.  It was awesome!

As I ran through the streets (I tried the sidewalk but there was ice all over them and I almost bit it a few times) I kept thinking about my Grandpa pounding the same pavement (okay they have repaved quite a few times since then but you get the idea).  Today must have also been Guard weekend where the Army Guard come to the base and do military training, that totally helped in setting the mood.  It was fun running by the old military housing which is now full of civilians, all the stand alone officers houses which are all privately owned, and some of the training grounds which are now used as soccer fields, baseball fields, and field hockey.  The training field area was pretty much the only flat part on on the whole base.  I’m tellin’ ya that hills are “killer” there.  There were times I was just begging to be at the top only to have to run down the other side and be faced with another one.  But that’s okay it was wonderful.  I think this is fast becoming my new favorite place to run.  I’m sure I’ll return!

Here are some pics of the base: 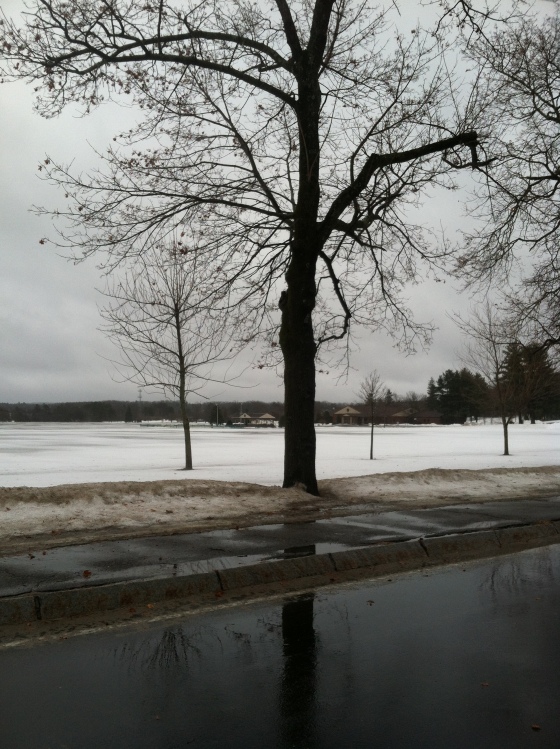 Some more officer’s housing. Such a cute street.

20 minutes of foam rolling and stretching once I got home

I hope you had a wonderful 11th day Janathon/January!

Welcome to my blog. As the title states, running therapist, it is pretty self explanatory who I am and what I do. I invite you to read along with my blog and share any insights you have. I promise to have fun and hopefully provide new insights into things happening in your life through events that I share in my life.

Ani, Suzy, and Gugz bike across the country! ~and other tries and tribulations~

Where life, cancer, and everything in-between come together

Hand Knits for Body and Home

Fueled by grace, laughter and caffeine.

The process of becoming...reflections on life, leadership and change

My Journey and My Faith

Putting The Hero Back In Action

Life is Short but Sweet for Certain

What you see is what you get!

a medium for the teachings of yoga

Where I race to the chocolate bar

be healthy | be happy | be loving

A geek in runner's clothing